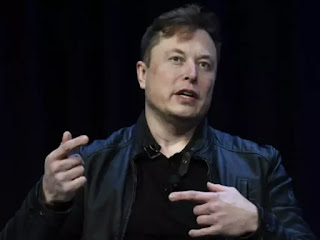 Elon Musk ( $189.7B ) – If you look at the real time report of January 2021, Elon Musk has been named in the list of world’s richest people Musk is a resident of America who owns 2 biggest companies, Tesla and SpaceX. Elon Musk’s company Tesla which manufactures electric cars and their second company manufactures rockets for space travel

His rocket company SpaceX which now has a total value of $46 billion and his Tesla company, which he owns 21% of Elon Musk, has a net worth of $189.7B and is on the list of 2021 richest individuals with his total value Come at number One

2. Jeff Bezos ( $185.7 Billion ) – Jeff Bezos is the owner and CEO of the Amazon company, with a net worth of $ 186 billion. Jeff Bezos was ranked No. 1 on the list of world’s richest people before 2021, but in 2021 Jeff Bezos came in at number 2 on the list of rich people. Jeff Bezos has total assets of $ 185.7 billion. Amazon is the world’s largest shopping company for online e-commerce companies.

3. Bernard Arnault – Bernard Arnault,  a resident of France, is the chairman. He comes in third on the list of world’s richest people. He has total assets of more than $ 155.4B from more than 70 businesses, including Louis Bitton and Sepora. Arnault has five children, four of whom work for the LVMH empire: Frédéric, Delphine, Antoine and Alexander.

LVMH spent $ 3.2 billion in 2019 for the Luxury Hospitality Group, Belmond, which owns or manages 46 hotels, trains and river cruises

The Bill Gates Foundation spent $ 300 million to fight the Covid 19 epidemic to provide some relief to Logi.

6. Zhong Shanshan – Zhong Shanshan  is the founder of the bottled water company. It comes at number 6 in the list of world’s richest people. It listed its shares in Hong Kong in 2020. Zhong Shanshan currently has total assets of $ 94.9 billion and 6 worldwide. Number one is the richest person

He later had jobs as a construction worker, a newspaper reporter and a beverage sales agent before starting his own business.

7. Larry Ellison – Larry Ellison is the Chief Technology Officer and Co-Founder of software company Oracle. He owns 35.4% in this company. Larry Ellison comes in number 7 on the list of rich people all over the world. His total assets are $ 89.4 billion. In May 2016, Ellison Pledges $ 200 million to University of Southern California for a cancer treatment center

8.Warren Buffett – Warren Buffett is known as Oracle of Oracle, he is one of the most successful investors of earlier times. Buffett runs Berkshire Hathaway, which owns more than 60 companies, including insurer Geico, battery maker Duracell and restaurant chain Dairy Queen.

Warren Buffett comes in number 8 in the list of world’s richest people, his total wealth is $ 88.6 billion, so far he has given more than 41 billion wealth.

9. Larry Page – Larry Page stepped in as CEO of Google in December 2019 when he developed Google while one of his fellow Stanford PDF Student Sergey Brain. He is today ranked number 9 on the list of richest people in the world with total assets of $ 79.2 billion.

Larry Page is a founding investor of Planetary Resources, a space exploration company with Google being the founder

10.  Sergey Brin – Sergey Brin made his debut as CEO of Google’s parent company Alphabet in December 2019, but remains a shareholder and board member

Sergey Brin studied degree in computer science Done from Stanford University. There he developed Google in 1998, along with Larry Page.

Sergey Brin comes at number 10 in the list of world’s rich people, his total wealth is 77 Billion dollars

With Product You Purchase

This widget requries the Arqam Lite Plugin, You can install it from the Theme settings menu > Install Plugins.

Weather
You need to set the Weather API Key in the theme options page > Integrations.